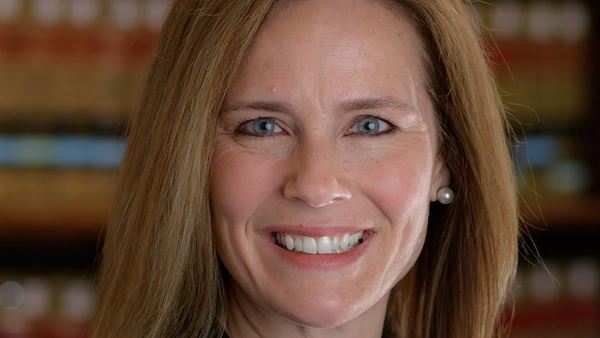 The U.S. Senate voted Monday to confirm Amy Coney Barrett as an associate justice on the U.S. Supreme Court, making her the first Notre Dame graduate and faculty member to serve on the nation’s highest court.

Barrett earned her J.D. from Notre Dame Law School, graduating first in her class in 1997, and later returned to join the faculty in 2002. In 2017, she was appointed as a judge on the U.S. Court of Appeals for the Seventh Circuit. She remained a Notre Dame Law School faculty member and continued to teach part time after her judicial appointment.

“Recognized by experts from across the spectrum of judicial philosophies as a superb legal scholar and judge, she is an esteemed colleague and a teacher revered by her students,” Jenkins said. “Justice Barrett becomes the first alumna of Notre Dame Law School, and the first Notre Dame faculty member to be so honored. As I said upon her nomination, she is a person of the highest integrity who has epitomized the University’s commitment to teaching, scholarship, justice, and service to society. We join her family and friends in celebrating this momentous achievement, and we assure Justice Barrett and her colleagues on the nation’s highest court of our continued prayers in their work of administering justice and upholding the Constitution.”

“We at Notre Dame are immensely proud of our alumna, colleague, and friend on this momentous occasion,” Cole said. “For more than two decades, we have been blessed by her brilliant scholarship, her devoted teaching, and her thoughtful, open-minded approach to legal questions. Justice Barrett’s brilliance as a scholar has only been exceeded by her exemplary kindness and generosity toward everyone she encounters. While we will miss her presence on our campus and in our community, we look forward to witnessing these qualities as she serves on our nation’s highest court.”

Upon graduating from Notre Dame Law School, Barrett clerked for Judge Laurence H. Silberman of the U.S. Court of Appeals for the D.C. Circuit and then for Associate Justice Antonin Scalia of the U.S. Supreme Court. After her clerkships, she joined Miller, Cassidy, Larroca & Lewin in Washington, D.C., where she litigated constitutional, criminal, and commercial cases in both trial and appellate courts. She was a John M. Olin Fellow in Law at the George Washington University Law School prior to joining the faculty at Notre Dame.

Barrett’s scholarly expertise is in the areas of federal courts, constitutional law, and statutory interpretation. Her scholarship in these fields has been published in leading journals. Three of Notre Dame Law School’s graduating classes have selected her as the Law School’s Distinguished Professor of the Year.