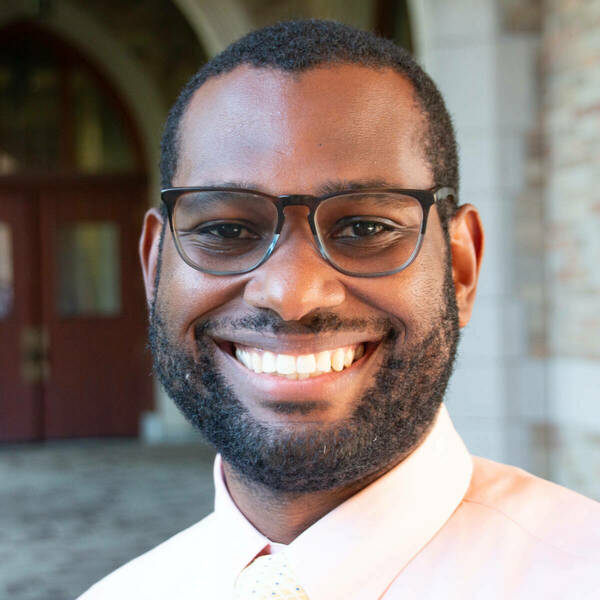 A generous benefaction from an anonymous donor enabled the Program on Church, State & Society to create the Rodes Fellowship position for a visiting assistant professor who teaches and researches in the area of law and religion. The benefaction will also fund other activities that support faculty research, prepare students to defend religious institutions and religious freedom, and nurture dialogue and public engagement.

The Rodes Fellowship is named in honor of the late Notre Dame Law Professor Robert E. Rodes Jr., who joined the faculty in 1956 and served the Law School for more than 50 years. His teaching and scholarship covered legal ethics, jurisprudence, and law and theology, among other areas.

“Professor Robert Rodes was a pioneering legal scholar, whose work on the relationships among religious, political, and social institutions was an inspiration for Notre Dame’s Program on Church, State & Society. It is entirely fitting that the Law School’s new Rodes Fellowship honors his legacy in the field of law and religion,” said Paul J. Schierl/Fort Howard Corp. Professor of Law Richard Garnett, the founding director of the Program on Church, State & Society.

“Professor Stefan McDaniel is the ideal jurist to hold the inaugural Rodes Fellowship,” Garnett added. “Like Professor Rodes, Professor McDaniel is closely engaged in labor and employment issues and brings a crucially important perspective — one that is sensitive to the fundamental importance of religious freedom — to those matters.”

McDaniel joined the Law School as a visiting assistant professor in fall 2021 after completing a clerkship with Judge José Cabranes of the U.S. Court of Appeals for the Second Circuit. He previously worked for Jones Day in the labor and employment department, and at Simpson, Thacher & Bartlett in the litigation department. He earned his J.D. from NYU School of Law, an M.A. in political science from the University of Pennsylvania, and an A.B. in religion from Princeton.

McDaniel taught labor and employment law during the spring 2022 semester and is teaching the course again this fall.

His scholarship in progress includes a draft article dealing with the “ministerial exception,” a constitutional doctrine that immunizes employers against employment discrimination suits brought by their “ministers.” In the article, McDaniel argues that rules encouraging religious employers to notify employees of their purportedly “ministerial” status can preserve church autonomy while making abuse of autonomy less likely.

In another draft article, McDaniel proposes that pre-dispute arbitration agreements regarding employment discrimination claims be voidable at the option of the plaintiff, but only upon conclusion of the arbitration. This reform would give plaintiffs bargaining leverage and an opportunity for informed choice between arbitration and litigation, while securing employers a reasonable post-dispute opportunity to bargain with plaintiffs for waiver of a judicial forum.

“I am thrilled that Professor McDaniel will serve as our first Rodes Fellow,” said G. Marcus Cole, the Joseph A. Matson Dean and Professor of Law at Notre Dame Law School. “He is a deep thinker, and amazingly well-read and insightful. I am confident that his work as a teacher and scholar will prove beneficial to our students as well as to the cause of religious liberty.”

McDaniel said it is a great privilege to be the inaugural Rodes Fellow.

“Few would disagree with me that Notre Dame Law School is simply the best place in the world to study questions at the intersection of law and religion,” McDaniel said. “ND Law is doubly attractive to me, given my special interest in exploring the implications of Catholic social teaching in all domains of law, especially the law of the workplace. I’m very grateful to the Program on Church, State & Society for naming me, and I eagerly look forward to the discussions and discoveries of the coming year.”

Learn more about the Program on Church, State & Society at churchstate.nd.edu.

Originally published by Kevin Allen at law.nd.edu on August 15, 2022.