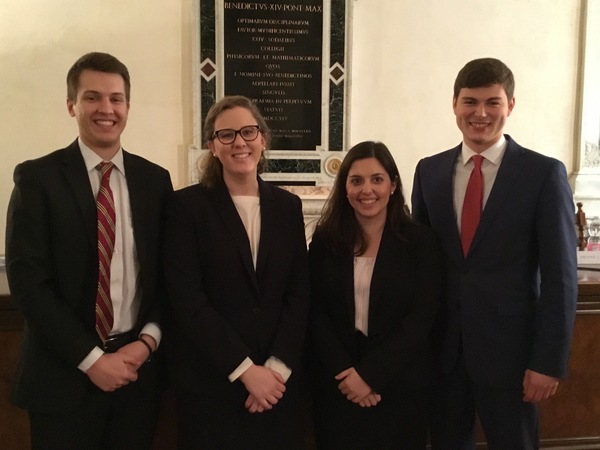 Notre Dame 2Ls Lawrence Wesco, Megan Ball, Cristina Sanchez, and Jackson Blais won the competition, which was held March 6-7 in conjunction with a conference on freedom of religion at the European Academy of Religion. The competition was organized by Professor Andrea Pin of the University of Padua.

The competition included teams from Russia, Italy, the United Kingdom, and the United States.

The students received funding from the Law School's Program on Church, State & Society and the Nanovic Institute for European Studies to enable them to compete.