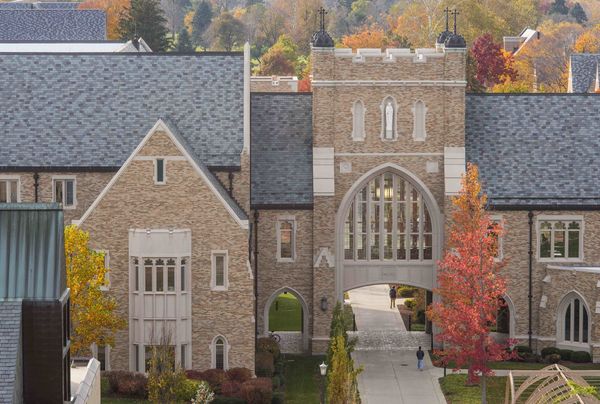 Within the last week, Notre Dame’s Religious Liberty Initiative has filed two different amicus briefs representing Muslim organizations and scholars in defense of Jewish groups who have been shut down by discriminatory COVID-19 closures in New York City. The first brief was filed last week in New York federal court in support of an Orthodox Jewish girl’s school. The second brief will be filed today in the Second Circuit Court of Appeals in support of Orthodox Jewish synagogues. The amicus briefs provide historical context for ways in which the government has scapegoated religious minorities during times of uncertainty or crisis. It cautions that New York is following that troubling pattern with its recent COVID-19 policies explicitly singling out Orthodox Jewish neighborhoods for disfavored treatment.

“I’m proud of the impressive work our students have done as part of the Religious Liberty Initiative. This recent brief involved a Catholic institution representing Muslim organizations defending Orthodox Jewish plaintiffs. This type of work highlights the best of our religious liberty traditions, where people of different faiths are willing to advocate for each other,” said Barclay.

The amicus brief represented the views of the Muslim Public Affairs Council, the Religious Freedom Institute’s Islam and Religious Freedom Action Team, and law and religion scholar Asma Uddin. The brief points out that “[t]oo often, religious minorities have served as scapegoats in times of sickness, war, and fear—from Jews during the Black Death, to Jehovah’s Witnesses During WWII, to Muslims after 9/11. Latest in a long and troubling line of such incidents are the statements and policies of Governor Cuomo blaming Orthodox Jewish communities for the spread of COVID-19 . . ., all despite a dearth of evidence.”

"We are profoundly grateful to the Notre Dame Religious Liberty Initiative for working with us on this amicus brief,” said Ismail Royer, Director of the Islam and Religious Freedom Action Team for the Religious Freedom Institute. “Professor Barclay and her students had a deep intuition for the arguments we wanted to make before the court. A Muslim voice would not have been heard in this case without them."

Third-year law student Daniel Judge said, “One of the important points made in the amicus brief is that there is a long and unfortunate history of unjustly targeting religious minorities during times of crisis. I’m proud to have worked on a brief that defends all religions and provides a voice for minority communities. The Religious Liberty Initiative has been one of my best experiences in law school. It has given me the opportunity to work on real cases in an area I hope to practice in throughout my career.”

Governor Cuomo has argued that his blunt policy, targeting Jewish neighborhoods more than other COVID-19 hot spots, is necessary to help “the anxiety come[] down.” But the amicus brief points out that the “First Amendment does not sanction religious bigotry as a form of anxiety management.”

Third-year law student Alexandra Howell said, "Being part of the Religious Liberty Initiative has helped me realize that I am in law school not to just be a student, but to learn how to be a lawyer that can make a positive difference. It is a powerful reminder of God's calling for my life and all the opportunities for service in the law.”

In addition, Howell adds that she is very proud to be involved in helping make the statement that no matter the crisis, the First Amendment does not allow governments to use religious minorities as a scapegoat.

Third-year law student Alyson Cox agrees. “This amicus brief is a beautiful representation of inter-religious solidarity in the face of persecution. The chance to work on this case was one of the most meaningful parts of my law school experience, and I am so grateful for the opportunity to be part of the Religious Liberty Initiative,” said Cox.

Second-year law student Daniel Loesing said, “I am delighted to be a part of the Religious Liberty Initiative at NDLS, and I look forward to continuing to defend religious liberty for all, in service of God, Our Lady, and our fellow citizens.”

The Law School announced early this year the formation of a Religious Liberty Clinic that will train future Notre Dame lawyers to defend religious freedom by pursuing claims in trial courts as well as appeals up to and including the U.S. Supreme Court.

Originally published by Denise Wager at law.nd.edu on October 26, 2020.