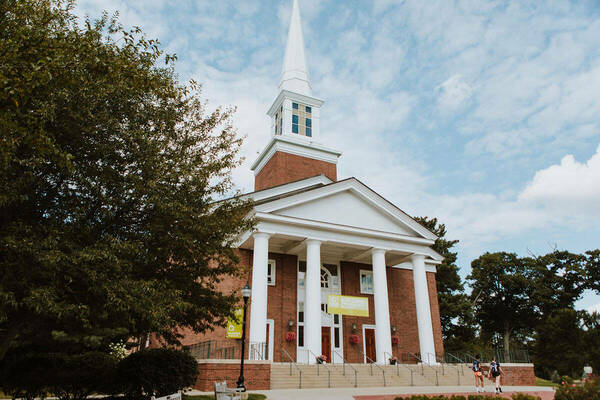 The case concerns Gordon College, a private Christian liberal arts college, and the question of how the “ministerial exception” should apply to the college’s faculty. The ministerial exception generally protects the freedom of religious institutions — including religious schools — to select individuals who play certain key roles in service of the institutions’ religious mission. Gordon College, which was founded as Boston Missionary Training School, requires students and faculty to sign a statement of faith and agree to live by the standards of their Christian faith.

Margaret DeWeese-Boyd is a former associate professor of social work at Gordon College who was turned down for a promotion to full professor. The college’s justification for denying the promotion was that her performance fell short of Gordon’s standards for faculty scholarship and institutional service.

DeWeese-Boyd sued Gordon College in state court, and the college argued that the ministerial exception required the court to stay out of the employment dispute given the religious nature of DeWeese-Boyd’s work at the school. The Massachusetts Supreme Judicial Court disagreed and ruled in her favor. The court concluded that, while Gordon College can require professors to be genuine Christian teachers and scholars, the functions of DeWeese-Boyd’s position were not sufficiently religious to be covered under the ministerial exception.

The Religious Liberty Initiative filed the amicus brief on behalf of Benedictine College of Atchison, Kansas, and Franciscan University of Steubenville, Ohio — two Catholic institutions that share characteristics in common with Gordon College as deeply religious institutions of higher education that directly integrate their faith into all their educational programs.

Benedictine and Franciscan became involved as amici to preserve their First Amendment right to define and direct their religious educational missions free from state interference. “That right requires recognition of a robust ministerial exception at the college level so that amici may determine who teaches and transmits their faith to the next generation of students,” the brief states.

In the brief, the Religious Liberty Initiative argues that thoroughly religious colleges and universities should be guaranteed the same protections that safeguard a religious grade school’s freedom to select teachers who personify and teach the school’s faith. The Massachusetts Supreme Judicial Court opined that DeWeese-Boyd was not a “minister” of Gordon College’s Christian faith, but the Initiative argues that the state court’s interpretation of the ministerial exception in this case is too narrow.

“As the example and experience of amici demonstrate, the religious missions and ministries of such schools sweep far beyond teaching the basic tenets of the faith or performing the few ritualistic activities the Massachusetts court deemed to be sufficiently ‘religious’ in nature,” the brief states. “For colleges and universities, like [Benedictine and Franciscan], who sincerely believe it is their religious duty to integrate their faith deeply into all their educational endeavors, there can be no segregation of those professors who will teach ‘religious’ matters from those who will cover ‘all the rest.’ The line suggested by the Massachusetts court is not simply difficult to draw; for these schools it does not exist.”

The Religious Liberty Initiative clarifies in the brief that a ruling in Gordon College’s favor does not mean that all faculty appointments at religiously affiliated schools would be protected by the ministerial exception.

“This does not mean that all religiously affiliated — or even all Catholic — colleges and universities define their educational missions in the same way as amici. Nor does it mean that those schools which do pursue similar missions to amici all define the roles of their faculty in the same way or place the same demands on their teaching and scholarship. Many do not,” the brief states.

The rich diversity among and complexity within religious ministries are precisely what the holistic, flexible, and functional analysis established in Hosanna-Tabor Evangelical Lutheran Church and School v. Equal Employment Opportunity Commission and Our Lady of Guadalupe School v. Morrissey-Berru was meant to embrace, the Religious Liberty Initiative argues. “But this nuanced understanding of the First Amendment and of the ministerial protections it demands is exactly what the Supreme Judicial Court’s blinkered analysis has foreclosed,” the brief states. “Review is needed by this Court to correct this drastic error and to make clear that many faculty members at schools like amici perform critical religious work, even if that work might not include leading students in prayer or lecturing them in the content of the Catechism.”

About the Religious Liberty Initiative

G. Marcus Cole, the Joseph A. Matson Dean and Professor of Law at Notre Dame Law School, established the Religious Liberty Initiative in 2020 to promote and defend religious freedom for people of all faiths through scholarship, events, and litigation.

In the past year, Notre Dame Law School faculty and students affiliated with the Religious Liberty Initiative have written briefs on behalf of Apache people seeking to protect a sacred site in Arizona from a mining operation, Orthodox Jewish schools and synagogues that were unfairly targeted by New York’s COVID-19 regulations, and a group of Islamic, Jewish, and Catholic elementary and secondary schools challenging Maine’s exclusion of religious schools from the state’s school choice program.

Originally published by Kevin Allen at law.nd.edu on September 07, 2021.