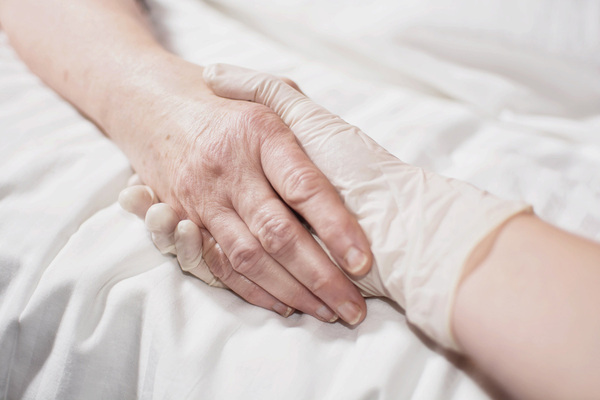 Notre Dame Law School’s Religious Liberty Clinic filed an amicus brief last week in the U.S. District Court for the Northern District of California on behalf of religious medical professionals who have professional and moral objections to euthanasia.

The amicus brief was filed in Shavelson v. California Department of Health Care Services — a case that seeks to expand California’s physician-assisted suicide law to include euthanasia.

Under a California law enacted in 2015, doctors may provide life-ending drugs to patients if the patients self-administer those drugs. In Shavelson, the plaintiffs are pushing California to allow active euthanasia so that patients who don’t have the ability to administer the drugs themselves can elect to have a doctor or caregiver euthanize them.

Judge Vince Chhabria of the Northern District of California earlier denied the plaintiffs’ efforts to get a preliminary injunction in Shavelson. In the process, he observed that the “line between physician-assisted suicide and euthanasia is significant” because it is the surest way to ensure the patient actually wishes to die.

The Religious Liberty Clinic’s brief was filed on behalf of the Christian Medical & Dental Associations and the Coptic Medical Association of North America in support of the defendants’ motions to dismiss the claims. The amici are seeking to ensure that California’s decision to outlaw euthanasia is upheld.

Many people, including the amici, oppose allowing physicians even to assist in the act of suicide. “But,” as the Religious Liberty Clinic argues in its brief, “the fact that a state has chosen to allow physician-assisted suicide does not compel it to take the next, even more dangerous, step of endorsing active euthanasia. ... To be sure, assisted suicide and euthanasia present many similar harms. But euthanasia magnifies each of those harms, and the difference between the two, as this Court observed, is significant.”

The line between physician-assisted suicide and euthanasia is significant for reasons that go beyond the risk that patients could be killed against their will, the clinic notes in its brief.

First, allowing doctors to kill their patients would be antithetical to the long-established understanding of medicine. For thousands of years, doctors have been called to heal patients, not harm them.

Further, the brief argues, the state has unquestionable interests in protecting the practice of medicine from euthanasia’s many harms. Euthanasia would undermine the integrity of the medical profession, reducing medical professionals to mere service providers and weakening the trust between patients and doctors.

The brief also argues that permitting euthanasia would impose critical barriers to the practice of physicians whose religious beliefs forbid them to take part in killing their patients. Religious Liberty Clinic Supervising Attorney John Meiser warned that this trend has already been seen elsewhere. “We’ve seen in other countries that the legalization of euthanasia imposes tremendous pressures on medical professionals whose beliefs demand that they refuse to take part in it. Unfortunately, what begins as ‘voluntary’ for medical professionals can quickly become mandatory — and, here, that is simply not an option for the many thousands of doctors who share the beliefs of our clients.”

“We are proud to represent religious medical professionals in supporting the continued ban on euthanasia in California,” Matozzo stated. “They provide a critical voice for the longstanding view that a doctor must treat human life as inviolable to be able to fully support the sick, the disabled, and the elderly. There should be no conflict between doctors’ religious commitment to respect their patients’ lives and their ethical duties to their patients, as that religious commitment always serves the patient’s greatest good.”

Meiser added, “There are many important reasons that no state allows euthanasia, and this lawsuit should not be a vehicle to force California to become the first.”

A hearing on defendants’ motion to dismiss is scheduled for March 24, 2022. Read the Religious Liberty Clinic’s amicus brief here.

Photo credit: The image at the top of this page was taken by Alberto Biscalchin.

Originally published by Kevin Allen at law.nd.edu on February 07, 2022.