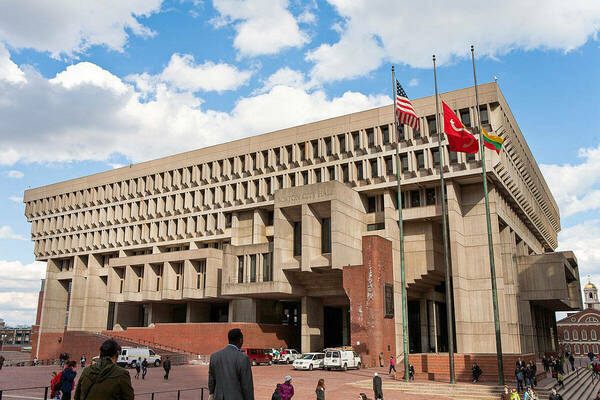 Notre Dame Law School’s Religious Liberty Initiative filed an amicus brief this week in Shurtleff v. Boston, a case that asks the U.S. Supreme Court to hold that government officials may not exclude religious expression from the public square.

In Boston, a city program allows private groups and citizens to fly their own flag for a day on a flagpole outside city hall to “foster diversity and strengthen connections among Boston’s many communities.” The flagpole has been used on numerous occasions to fly the flags of other countries, private associations and foundations, and movements such as Boston Pride.

In 2017, Harold Shurtleff requested permission to hold a Constitution Day event in Boston City Hall’s public square. His organization, Camp Constitution, has a mission “to enhance understanding of the country’s Judeo-Christian heritage, the American heritage of courage and ingenuity, the genius of the United States Constitution, and free enterprise.” In his request to city officials, Shurtleff asked to fly a Christian flag as part of the event.

Citing the Establishment Clause, city officials denied Shurtleff’s request to fly the Christian flag. The city responded further by issuing its first formal guidelines for the flagpole: “At no time will the City of Boston display flags deemed to be inappropriate or offensive in nature or those supporting discrimination, prejudice, or religious movements.”

Shurtleff sued the city in federal court, arguing that Boston’s denial violated his First Amendment rights. He said the city created a public forum with the flagpole and then denied him the right to use it because of his religious views. The city countered that flag-raisings amounted to government speech, and the flagpole therefore is not a public forum. The U.S. Court of Appeals for the First Circuit agreed with the city of Boston.

Notre Dame Law School’s Religious Liberty Initiative argues in its amicus brief that the U.S. Supreme Court should reverse the First Circuit’s decision. The initiative filed the brief to ensure that government actors — like the city of Boston — may not create benefits, opportunities, or platforms that exclude religious believers.

“By lumping speech based on ‘religion’ together with speech deemed ‘inappropriate,’ ‘offensive,’ ‘discrimin[atory],’ or ‘prejudice[d],’ Pet.App.20, the City adopted the increasingly common view that promoting our Nation’s vibrant pluralism requires the exclusion of religious perspectives from the public square,” the brief continues. “But that view is antithetical to the Founders’ conception of religion as central — not peripheral — to our national order. And it is incompatible with this Court’s First Amendment jurisprudence.”

The Religious Liberty Initiative’s amicus brief goes on to explain that governments have become increasingly hostile toward religious speakers in the public square and, by misreading the Establishment Clause, have excluded religious voices from public discourse.

“From speech codes at public universities to advertising policies for public transportation, governments have adopted rules that explicitly disfavor religious speech,” the brief states. “Far from being required, these policies blatantly violate the First Amendment.”

Among the Dechert attorneys who worked on the case are University of Notre Dame graduates Michael McGinley ’06 and Eric Hageman ’13, ’16 J.D.

“It was an honor to partner with the Notre Dame Religious Liberty Initiative in this important case,” McGinley said. “As a Notre Dame graduate, I am proud of the Law School’s strong commitment to protecting religious liberty.”

“As a student, it was exciting to help write a brief that furthered Notre Dame Law School’s core Catholic mission,” Borgerson said. “Though the parties and other amici will focus on the speech aspect of the case, our team had the opportunity to make creative arguments about the role of religion in public life. The United States has always valued religious expression as a means of promoting unity and civic virtue.”

Graziano added, “It is truly a privilege to attend a school like Notre Dame where we would have such a wonderful opportunity to work alongside excellent lawyers in defense of religious freedom. This kind of opportunity — to draft for the Supreme Court and defend constitutional rights — is just one of the ways that Notre Dame distinguishes itself from all other law schools.”

About the Religious Liberty Initiative

In its first year of operation, the Religious Liberty Initiative has represented individuals and organizations from an array of faith traditions to defend the right to religious worship, to preserve sacred lands from destruction, to promote the freedom to select religious ministers, and to prevent discrimination against religious schools and families.

The photo at the top of this page shows Boston City Hall.

The three flagpoles in front of the building fly the American flag, the Massachusetts state flag, and the Boston municipal flag. The third flagpole that flies the municipal flag is the one that Boston uses for the city program at the center of Shurtleff v. Boston.

Originally published by Kevin Allen at law.nd.edu on November 24, 2021.