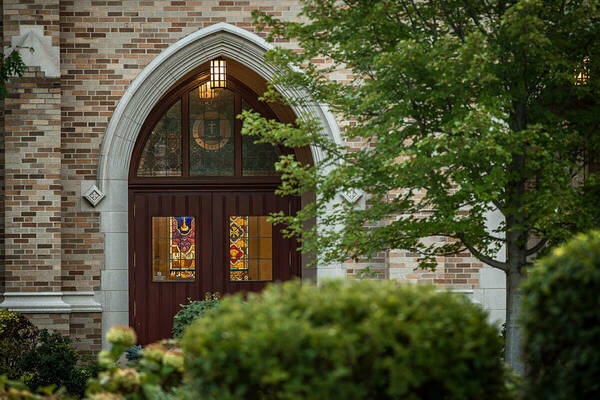 First place went to Michael Bradley, a member of the Law School’s Class of 2022, for his paper, “Religious Symbols, the Establishment Clause, and Reasons Neutrality.” Bradley will receive a $3,000 cash prize.

Bradley’s paper jumps off from the 2019 decision in American Legion v. American Humanist Association — the U.S. Supreme Court’s most recent religious symbols case — to generally examine the court’s religious symbols jurisprudence. In his paper, Bradley argued that the American Legion court remained bound to the doctrine of Lemon v. Kurtzman, a test that reinforces the secularism that Everson v. Board of Education, the court’s first big Establishment Clause case, established in 1947. He also argued that the Establishment Clause, properly understood, allows constitutional actors to erect and maintain many, and many kinds of, religious monuments and displays for a broader set of reasons than American Legion permitted.

“As we worked our way through the syllabus, I came to think that the court's Establishment Clause jurisprudence, which is famously tangled and inconsistent, was fundamentally mistaken, and I thought it would be worthwhile to think through what a jurisprudence of religious symbols would look like on sounder doctrinal footing,” Bradley said.

The goal of the Program on Church, State & Society writing competition is to encourage scholarship related to the intersection of church, state, and society, and in particular how the law structures and governs that intersection.

The competition is open to law students in good standing, enrolled in a traditional law degree, a master’s degree, or a doctoral degree program at an ABA-accredited law school within the United States. The competition is also open to recent graduates not yet practicing law, including those completing clerkships or engaged in similar pursuits. Submissions are judged anonymously.

“Thanks to the generosity of our benefactors, the Program on Church, State & Society is pleased and proud to be able to support and lift up thoughtful religious-freedom work by young lawyers and emerging scholars,” Garnett said.

The other winners included:

“I picked my topic after participating in an American studies seminar on African American slavery in colonial British North America and the United States. As I was taking that course, I was fascinated to learn about the religious traditions that many African Americans brought with them to North America,” Earley said. “I wanted to explore how the institution of slavery challenged the U.S. commitment to the free exercise of religion. The research showed me how overlooking ‘incidental’ infringements on religious freedom leads to disproportionate burdens on free exercise.”

Caleb Acker, a 2021 graduate of Notre Dame Law School, earned third place for his paper, “The Torcaso-Masterpiece Rule ‘as Such.’” He received a $1,000 cash prize.

“The paper functioned for me as a sort of fun capstone to my time at Notre Dame Law School, where I thought, researched, and wrote about church and state issues,” Acker said. “I wanted to pull together three years of thoughts into a targeted thesis that added something to the religious freedom legal conversation. But most of all, the paper seeks to inform religious freedom practitioners of a legitimate legal argument to add to their arsenal when challenging government action against their clients.”

Gary Dreyer, a 2022 graduate of NYU School of Law, received honorable mention for his paper, “In the Shadow of ‘Our Lady’: The Ministerial Exception and the Inquiry Problem.” He received a $500 cash prize.

“I wrote my paper as the final assignment for my employment discrimination and employment law class at NYU Law with Professors Samuel Estreicher and Zachary Fasman,” Dreyer said. “The topic was of particular interest to me because I see the intersection of religious liberties and employment law as one of the most interesting areas of constitutional jurisprudence, and the emergence of the ministerial exception is one of the most exciting new developments in constitutional law over the past decade.”

Honorable mention also went to second-year Notre Dame Law School student Tim Hutchinson for his paper, “A ‘Via Media’ for Hosanna-Tabor and Workers’ Rights: Upholding the Ministerial Exception without Eclipsing the Rights of Ministers as Employees.” He also received a $500 cash prize.

“This topic deals with a fascinating intersection between religious liberty and workers’ rights,” Hutchinson said. “Religious liberty is a hot topic right now, but I feel workers’ rights is a topic that often gets overlooked. I saw this as an opportunity to highlight a tension I saw in a landmark Supreme Court case, to analyze subsequent case law, and to proffer what I believe is a common sense and just framework.”

Originally published by Denise Wager at law.nd.edu on June 01, 2022.