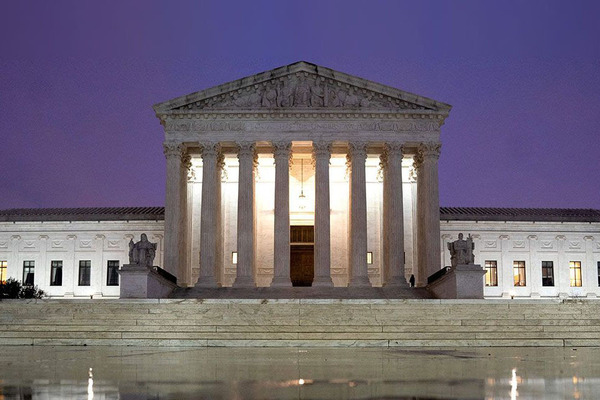 The op-ed is reprinted below with City Journal’s permission.

The Supreme Court has a chance to make clear that the Constitution does not permit, let alone require, the government to discriminate against expressions of faith.

Religious-liberty cases have come to feature prominently on the Supreme Court’s docket. In the past five years alone, the Court has rejected Covid-19 restrictions on religious worship, disallowed the exclusion of Catholic Charities from Philadelphia’s foster care system, reaffirmed that courts may not second-guess religious schools’ employment decisions, invalidated (twice) the exclusion of religious schools from public-benefit programs, and held that Colorado unconstitutionally discriminated against a baker who refused to cater same-sex weddings. And, apparently, the Court is just getting started. This term, it is considering several important religious-liberty cases, and it recently agreed to consider another next term.

Many of the Court’s recent religious-liberty decisions sound a similar theme: namely, that the First Amendment requires government neutrality toward religion — that it prohibits the government from disfavoring religious believers or institutions, from silencing religious speech, and from suppressing religious conduct. So why do government actors persist in doing these things, necessitating the Court’s repeated corrective action?

Part of the fault lies with the Supreme Court itself. Despite reiterating, in case after case, that the Constitution demands government neutrality toward religion, the Court has stubbornly failed to clear away an undergrowth of older precedents that arguably suggest the opposite. Bureaucrats and judges alike cling to these outdated precedents, using them to mask their confusion, ignorance, or outright animus toward religious believers and institutions.

This term, the Court has given itself three opportunities to put a stop to all this by definitively rejecting older, erroneous interpretations of the First Amendment’s Establishment Clause that can be read to countenance religious discrimination. The first, Carson v. Makin, argued in December, challenges Maine’s exclusion of faith-based schools from a tuition-assistance program for high school students living in rural school districts. Carson asks the Court to reaffirm what it has already twice made clear: the First Amendment forbids states from excluding religious schools from public-benefit programs, including private school-choice programs. Despite this, Maine points to language in prior decisions that it argues create loopholes permitting it to discriminate against religious schools and the students who wish to attend them. Rather than ignoring, narrowing, or distinguishing these decisions, the Court should explicitly overrule them and close the loopholes, thus eliminating the confusion that itself has created — and clearing the path for the expansion of parental choice in the U.S.

Though Carson is arguably the most important religious-liberty case this term, two others sound a similar theme. Today, the Supreme Court will hear argument in Kennedy v. Bremerton School District, a case challenging a high school’s termination of a football coach for praying on the field after games. The school claims that it had no choice but to fire Coach Joseph Kennedy when he refused to stop praying, pointing to prior precedents that sow confusion and discrimination to justify its action. Specifically at issue in Kennedy is the so-called endorsement test, a doctrine that the Supreme Court invented to distinguish between constitutionally protected private religious expression and constitutionally prohibited government religious expression.

According to this test, the constitutionality of the school’s termination decision turns on whether a “reasonable observer” would think that the district was endorsing Kennedy’s postgame prayers by permitting them. The test is completely unworkable as a legal standard. After all, nobody knows what the “reasonable observer” thinks about Coach Kennedy’s praying. The reasonable observer is a hypothetical person with hypothetical views — a vessel to be filled with the perceptions (or misperceptions) of government officials, including judges. Not surprisingly, the reasonable observer often does the job poorly, and misguided fears of endorsing religion lead hapless or hostile government actors to suppress it.

Consider a few of many examples from the public school context alone, catalogued in an amicus brief filed on behalf of Notre Dame’s Religious Liberty Initiative: a student was suspended for saying “bless you” when her classmate sneezed. A principal distributed a list of unacceptable holiday items — including candy canes, reindeer, and red- and green-colored items. A second-grader was prohibited from reading his Bible during free time. A fifth-grader was forbidden from choosing God as her idol for a school assignment. (Michael Jackson was an acceptable substitute.) A teacher required a Catholic student to wash off his Ash Wednesday ashes, and another forced a Muslim student to remove her hijab.

Across the country, public school administrators have sterilized public schools of all things religious — even if wholly private — all in the name of avoiding any perceived endorsement of religion. And in applying the endorsement test, courts frequently reach conflicting conclusions about whether the First Amendment requires these actions or prohibits them. For example, federal courts have held that the Constitution permits public school choirs to perform religious hymns in Texas but not in New Jersey, and they have concluded that graduating students can refer to God in high school commencement speeches in Florida but can be punished for doing so in Colorado.

Coach Kennedy’s plight, in other words, is all too common. Indeed, the Court is considering another case that turns in part on the endorsement test. Shurtleff v. Boston asks whether Boston violated the First Amendment when it denied “Camp Constitution’s” request to fly its “Christian flag” (which includes a Latin cross) in front of City Hall. Between 2005 and 2017, the city flew 284 flags representing community groups as part of a program that seeks “to foster diversity and build and strengthen connections among Boston’s many communities.” Boston never rejected a request to fly a private flag until Camp Constitution asked.

The city points to the endorsement test to justify this decision, arguing that, if it lets Camp Constitution fly the flag, a casual passerby might believe the city is endorsing religion. (It apparently has no such concerns about flying Boston’s flag, which says — in Latin — “God be with us as he was with our fathers,” or the Turkish flag, which depicts the Islamic star and crescent.) Oral argument, held in January, suggested that the justices were unconvinced by Boston’s endorsement concerns. Even liberal justices characterized Boston’s decision as “a mistake.” And, when Boston’s attorney argued that “the city did not want to be accused of having endorsed a religion,” Justice Brett Kavanaugh replied, in frustration, “exactly.”

Justice Kavanaugh is right. None of this has anything to do with a proper understanding of our Constitution. The Constitution does not permit, let alone require, the government to discriminate against religious expression, conduct, or institutions. The opposite is true: Camp Constitution has as much right to its flag as any secular community group does; Coach Kennedy has as much right to pray in public as he does in private; elementary students have as much right to read the Bible at recess as they do Harry Potter; and students participating in Maine’s parental-choice program have as much right to attend St. Dominic Academy as they do Phillips Exeter Academy. The Court should take advantage of the three opportunities it has given itself this term to make all these things “exactly” clear.

Nicole Stelle Garnett is a senior fellow at the Manhattan Institute and the John P. Murphy Foundation Professor of Law at the University of Notre Dame. Elizabeth Totzke is a student fellow in Notre Dame Law School’s Religious Liberty Initiative, which filed amicus briefs in the Carson, Shurtleff, and Kennedy cases.