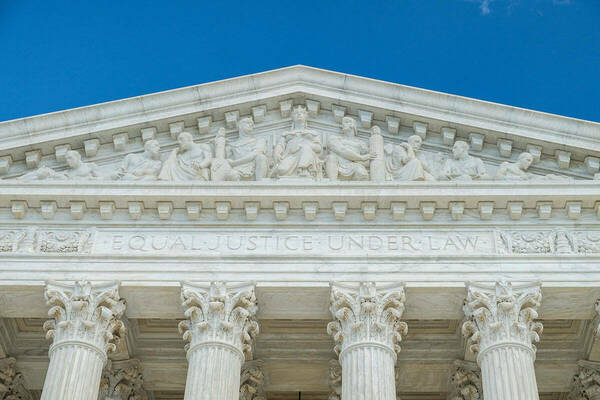 The brief was filed in Kennedy v. Bremerton School District, which concerned a school district’s suppression of a football coach’s private prayer after football games. The Bremerton School District first prohibited assistant coach Joseph Kennedy from praying on the field where others could see him and then fired him when he continued to do so to avoid the perception of endorsing religion in a public school.

The Religious Liberty Clinic brief urges the Supreme Court to abandon the so-called “Endorsement Test,” which is one of several rules used by courts to determine whether a government actor such as a school has run afoul of the First Amendment’s Establishment Clause. That Endorsement Test requires courts to determine whether a hypothetical “reasonable observer” might view a government actor as “endorsing” private religious practice by failing to suppress it. Courts’ views of that reasonable observer vary widely and provide no clear guidance for teachers and school administrators. The Endorsement Test thus “encourages government officials to be hostile to religion by suggesting that the hypothetical feelings of an imagined observer must trump the religious exercise of actual human beings.”

Buckner, a second-year student, said, “I was honored to work with such a skilled and insightful team on this amicus brief. I joined the Religious Liberty Initiative to protect the ability of people like Coach Kennedy to practice their religion, but I never expected to be doing it at the Supreme Court.”

“Our brief makes a powerful argument against the unacceptable suppression of religion in public schools and it sheds light on how current law leads well-meaning teachers to silence religious expression. I am hopeful that our efforts to further religious liberty in America will be successful and the law will eventually reflect our traditional support for morality and religion in public life,” she said.

“This brief provided the students with a wonderful opportunity to work with two expert practitioners and get a glimpse of what high-level brief-writing looks like in practice,” Matozzo said. “We are grateful to Mike McGinley and Steve Engel for guiding the students and were impressed by the students’ enthusiasm for this project.”

In 2019 the U.S. Court of Appeals for the Ninth Circuit ruled in favor of the school district concluding that Kennedy’s speech was not protected because he spoke as a public employee, not a private citizen. Kennedy petitioned for a writ of certiorari to the Supreme Court that was granted earlier this year.

Originally published by Denise Wager at law.nd.edu on March 09, 2022.