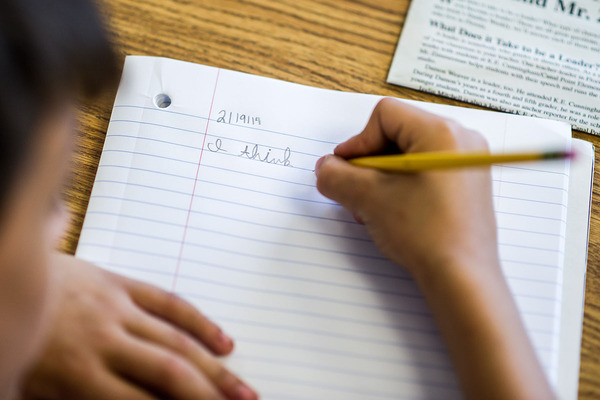 The Religious Liberty Clinic at Notre Dame Law School recently filed an amicus brief in Ohio to defend the state’s school-choice program and ensure that the state is not required to discriminate against religious schools.

The case involves the EdChoice Scholarship Program, which enables more than 50,000 children in Ohio to attend schools of their choice by covering at least a portion of the cost of private school tuition. Public school districts across Ohio filed a lawsuit earlier this year challenging the constitutionality of the longstanding program, in part, because it allows participating children to attend religious schools.

The plaintiffs claim, among other things, that the EdChoice Scholarship Program violates a provision of the Ohio Constitution that bars any “religious or other sect” from receiving “any part of the school funds of this state.” Ohio and many other states adopted provisions like these — known as “Blaine Amendments” based on Congressman James Blaine’s failed attempt to add a similar amendment to the U.S. Constitution in 1875 — amid a wave virulent anti-Catholic nativism in the 19th century. The provisions were intended to disfavor religious schools in the hope of inhibiting the growth and influence of religious immigrants — particularly Catholics — in the United States.

The Religious Liberty Clinic’s brief explains why, under both state and federal law, the court must reject the plaintiffs’ claim.

At the state level, the Ohio Supreme Court already rejected this claim in 1999 when it ruled that the state’s school-voucher program does not violate the Ohio Constitution’s no-funding provision.

At the federal level, the U.S. Supreme Court has made clear that the First Amendment prohibits a state court from invalidating a school-choice program merely because it allows religious schools to participate. In 2020, the U.S. Supreme Court explained in its decision in Espinoza v. Montana Department of Revenue that the First Amendment “condemns discrimination against religious schools and the families whose children attend them.”

The Religious Liberty Clinic’s brief states, “[T]his Court should be especially careful not to extend the shameful legacy of anti-Catholic animus that underlies Ohio’s no-funding provision. That provision is a relic of a lamentable movement in the 19th century that sought to impose discriminatory laws to suppress a growing population of Catholic immigrants to this country — a movement the U.S. Supreme Court has ‘not hesitate[d] to disavow.’ This Court should do the same and must refuse to allow the unconstitutional and repugnant extension of a law that was ‘born of bigotry and … a time of pervasive hostility to the Catholic Church and to Catholics in general.’”

Nicole Stelle Garnett, the John P. Murphy Foundation Professor of Law at Notre Dame Law School, said, “The EdChoice program provides low- and moderate-income children with critically needed educational options by opening the doors of schools, including particularly faith-based schools, that have long served them well. The effort to invalidate this program because it includes these schools is both perverse and unconstitutional.”

John Meiser, supervising attorney for the Religious Liberty Clinic, added, “Just two years ago, the Supreme Court made perfectly clear that a Blaine Amendment, like Ohio’s, cannot be used to strike down a school-choice program simply because religious schools are allowed to participate. Unfortunately, we see that hasn’t stopped people from trying. I hope the court in this case can help put a long overdue end to the enforcement of these discriminatory laws.”

“This is an important brief defending the First Amendment right of religious schools to participate equally in neutral public programs alongside secular schools,” Wold said. “The Religious Liberty Initiative and the students who contributed to the brief are performing a real service to the court that will decide this case.”