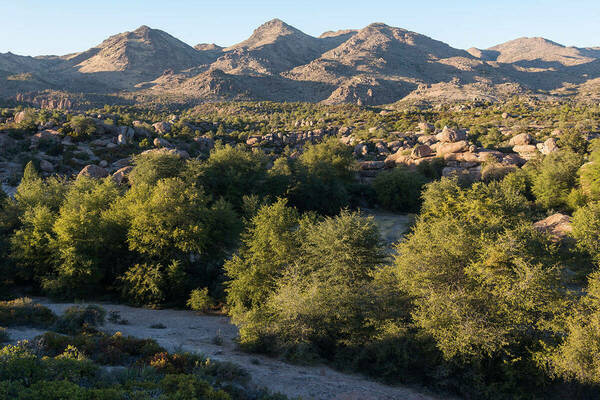 Notre Dame, IN — Notre Dame Law School’s Religious Liberty Clinic filed an amicus brief in the Ninth Circuit Court of Appeals today asking the court to protect Oak Flat, a sacred site in Arizona that is of great spiritual importance to many Native American tribes.

The brief was filed in support of en banc review for Apache Stronghold v. United States.

In Apache Stronghold v. United States, a nonprofit community organization dedicated to the defense of Native American sacred sites (Apache Stronghold) asks the En Banc Ninth Circuit to stop a land transfer to foreign-owned mining company Resolution Copper, which plans to destroy a traditional Apache sacred site as part of a multi-billion-dollar mining plan. Chi’chil Biłdagoteel, called Oak Flat in English, has been the site of Western Apache worship practices for centuries and is sacred to numerous Native American peoples, including the ancestors of today’s O’odham, Hopi, Zuni, Yavapai, and Apache tribes.

Because Apache tradition teaches that spiritual powers are physically located on this piece of land, religious ceremonies and prayers must take place there to be effective.

“When we go to a place, we believe we can communicate with it. It’s not an inanimate object; it’s alive and it gives us life,” said Mona Polacca, Senior Tribal Liaison for the Multi-Indigenous Initiative for Collaborative Action, an Indigenous-led nonprofit. “The destruction of our sacred land will have a huge impact on the tribal nation. Our culture emphasizes the importance of carrying on tradition from generation to generation, and our relationship with the land, which gives us life, is part of this. We cannot keep our traditions alive when the land is taken from us.”

A last-minute rider to a 2014 appropriations bill enabled the transfer of Oak Flat to Resolution Copper, over the objections of many tribal members for whom the site is sacred. Multiple senators made repeated efforts over several years to save the land on account of its religious significance but were unsuccessful. In January of 2021, the outgoing administration published a Final Environmental Impact Statement that acknowledged that the planned mining operations will result in large underground tunnels that will eventually cave in, causing Oak Flat to collapse and turning a centuries-old sacred site into a crater over 1,000 feet deep and two miles wide.

The Religious Liberty Clinic’s brief outlines the ways in which the destruction of Oak Flat constitutes a substantial burden for the Apache’s religious expression under the Religious Freedom Restoration Act (RFRA).

“The physical destruction the government anticipates at Oak Flat will take away any choice the Western Apache has to continue performing their religious exercise at this sacred site,” said Professor Stephanie Barclay, First Amendment scholar and director of the Notre Dame Religious Liberty Initiative. “They face the elimination of plants, natural resources, shrines with religious significance, and religious ceremonies. They face their places of worship being inaccessible simply because those places will cease to exist, making religious exercise physically impossible.”

The brief also calls attention to the United States’ failure to protect Native Americans’ sacred sites. Of particular note in Apache Stronghold is that Rio Tinto—the majority owner of Resolution Copper—has a history of destroying sacred sites for revenue-generating activities over the objections of Indigenous peoples.

“Sadly, Native tribes have not received robust religious liberty protection,” said Rogers, a 3L in her second year of work with the Clinic. “Within the past few years, Indigenous sacred sites have been bulldozed, developed for commercial interests, and even destroyed at the hands of the federal government. Other religions have enjoyed strong legal protection for their places of worship, but Native Americans routinely fail to receive similar help in keeping their religious traditions alive.”

“I found it fascinating to learn about Native American religious practices and traditions and compare them to my own,” said Athanasius Sirilla, a 2L in his first year of work with the Clinic. “But we didn’t just study Indigenous religions in the abstract—we got a chance to learn about them first hand from actual Native Americans who still adhere to these religions. The opportunity to call [Mona Polacca] made the work very real and meaningful to me.”

Barclay co-authored an article for Harvard Law Review in 2021 entitled “Rethinking Protections for Indigenous Sacred Sites.” The article argued that Indigenous people should be able to more easily make a claim of a substantial burden under existing religious freedom laws in order to correct a troubling double standard that provides less protection for Indigenous sacred sites than places of worship for other faiths.

Established in 2020, the Notre Dame Law School Religious Liberty Initiative promotes and defends religious freedom for all people through advocacy, formation, and thought-leadership. The initiative protects the freedom of individuals to hold religious beliefs as well as their right to exercise and express those beliefs and to live according to them.

Originally published by Anna Bradley at law.nd.edu on September 14, 2022.