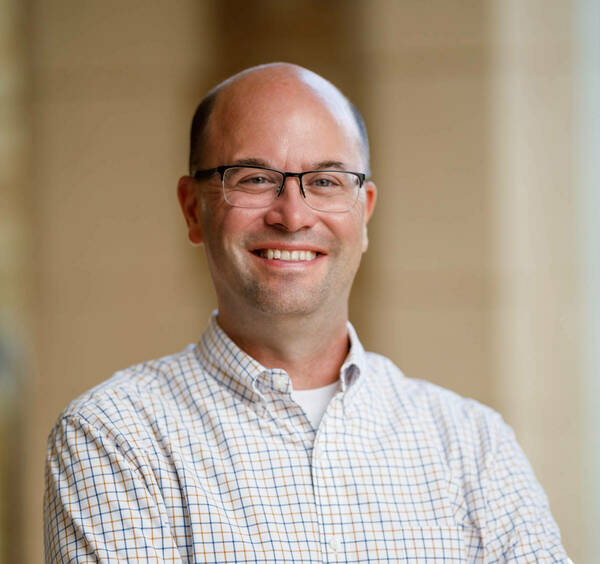 Richard Garnett, the Paul J. Schierl/Fort Howard Corporation Professor of Law and director of Notre Dame Law School’s Program on Church, State & Society, has joined John Witte Jr. and Joel A. Nichols as co-author of the fifth edition of “Religion and the American Constitutional Experiment,” published by Oxford University Press.

The book tells the story of religious liberty in America from its colonial beginnings to the latest Supreme Court cases. The authors analyze the formation of the First Amendment religion clauses and describe the six principles of the American experiment in religious freedom: liberty of conscience, free exercise of religion, religious equality, religious pluralism, separation of church and state, and no establishment of religion.

Successive chapters provide a comprehensive analysis of all of the 240-plus Supreme Court cases on religious freedom covering the free exercise of religion; the roles of government and religion in education; the place of religion in public life; and the interaction of religious organizations and the state. The concluding reflections argue that protecting religious freedom is critical for democratic order and constitutional rule of law, even if it needs judicious balancing with other fundamental rights and state interests.

The new edition addresses the new hot-button issues and cases on religious freedom versus sexual liberty; religious worship in the time of COVID; freedom of conscience and exemption claims; state aid to religion; religious monuments and ceremonies in public life; and the rights and limits of religious groups.

“This magisterial revision of ‘Religion and the American Constitutional Experiment’ is an accessible and authoritative guide through the remarkable but tortuous history of America's unique approach to religious freedom. Clear without over-simplification, comprehensive without pedantry, it portrays a system that enabled the United States to become a society where members of all religions and no religion could not only live together in relative harmony but flourish,” said Mary Ann Glendon, Learned Hand Professor of Law emerita, Harvard University.

Garnett teaches and writes about the freedoms of speech, association, and religion and constitutional law more generally. He is a leading authority on questions and debates regarding the role of religious believers and beliefs in politics and society. He is the founding director of Notre Dame Law School’s Program on Church, State, and Society, an interdisciplinary project that focuses on the role of religious institutions, communities, and authorities in the social order.

More information about the book is on the Oxford University Press website. The code ASFLYQ6 can be used on the Oxford site to purchase the book at a discount.

Originally published by Denise Wager at law.nd.edu on June 14, 2022.