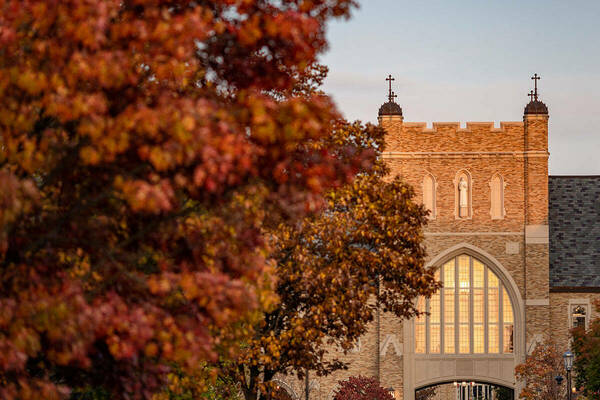 The John Templeton Foundation has awarded Notre Dame Law School a historic grant that will enable the Law School’s Religious Liberty Initiative to explore new ways to facilitate principled pluralism in the United States and around the world.

The grant, named “Protecting Freedom of Conscience through the Notre Dame Religious Liberty Initiative,” is the largest grant ever received by Notre Dame Law School. The award will provide $2.1 million from August 1, 2021, through July 31, 2024.

“This grant from the John Templeton Foundation represents a watershed moment for Notre Dame Law School,” said G. Marcus Cole, the Joseph A. Matson Dean and Professor of Law. “It will be a catalyst for the promotion of our most fundamental freedom.”

Citations in federal and state courts, and in legal briefs filed before those courts
As the hub for religious liberty scholarship, the initiative expects scholarly works produced by Notre Dame faculty to be cited in opinions by the highest federal courts and most talented advocates.

Creation and dissemination of knowledge
The initiative will develop scholarship and media defending religious liberty, and focus on disseminating this information to target audiences.

Student formation
The initiative will cultivate the next generation of scholars and lawyers who will go out into the world equipped to defend freedom of conscience. The initiative anticipates these students will go on to be law clerks, associates and partners at law firms, academics, and public servants. In their spheres of influence, they will be better equipped to advocate for religious liberty principles.

Dean Cole and Professor Stephanie Barclay, director of the Religious Liberty Initiative, are co-principal investigators on the grant-funded projects.

The John Templeton Foundation serves as a philanthropic catalyst for discoveries relating to the deepest and most perplexing questions facing humankind. The foundation supports research and encourages civil, informed dialogue on subjects ranging from complexity, evolution, and emergence to creativity, forgiveness, and free will. In all cases, the foundation’s goal is to spur curiosity and accelerate discovery.

Originally published by Kevin Allen at law.nd.edu on December 07, 2021.